Hello and welcome back! It is that time again where we go on another successful virtual tour to an amazing location. Although we will be discussing a Louvre Virtual Tour this week, make sure you check out previous blogs! We post weekly virtual tour content for small businesses.

Today, we will be heading to one of the largest museums in the entire world. Yes, you heard that right; THE WORLD! Located in the beautiful Paris, France is the Musée du Louvre, also known as the Louvre Museum.

The Louvre Museum has five different floors in an area that is 14 acres. It contains over 380,000 pieces of art, which is a whole lot! The exterior of the Louvre Museum is breathtaking along with its giant architecture. It consists of its iconic glass pyramid also known as the main entrance of the museum. It is placed right in the center and it is surrounded by the museum’s 3 different connected buildings; the Denon Wing (right), Sully Wing (middle), and the Richelieu Wing (left).

I know, we cannot take our eyes off of just the exterior; I cannot imagine what we are going to expect next inside. How about we go find out? Let’s walk into the Pyramid Entrance and get started on the Louvre Virtual Tour!

Walking to the first floor, we go into the Mona Lisa Room. What is in there you may ask? Well, no other extremely famous painting of the Mona Lisa by Leonardo DiVinci. Yes, a whole room dedicated to this one small painting. This is the most iconic painting throughout the Louvre Museum. If you do not know what the Mona Lisa painting looks like; it is a painting of a woman with dull but vibrant colors. This is an extreme hot spot in the museum when tourists visit; so best of luck when trying to take a selfie with the Mona Lisa, unless you are Jay-Z or Beyoncé! 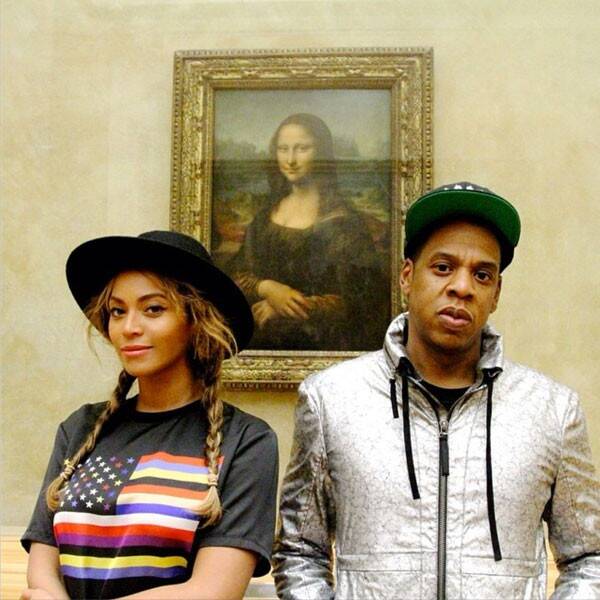 Not far from the Mona Lisa room is the Coronation of Napoleon. A lot of people usually stop to love this famous painting. It is a big and beautiful painting of a story, just with no words. If you look closely where the balcony is in the art piece, you will notice a woman there; that woman is Napoleon’s mother. He painted his mother there purposely along with his two brothers. There is a lot going on in this piece, so here is the backstory; the setting is in the Notre-Dame Cathedral in Paris, Napoleon took the crown from the Pope and crowned himself and his wife. It was considered a public insult to the Pope and it was all captured in this painting. So yes, there was juicy drama and scandals that went on back long ago.

Right next to the Coronation of Napoleon is the Raft of the Medusa. This is another huge painting that almost fills the wall up that is six feet high and 23 feet long. There is a lot of symbolism in this piece. In the painting, it has hundreds of men on a boat with little to no room left. 27-year-old painter Théodore Géricault used dull colors to paint the skin of the humans to give them that half-dead, malnourished look. To make sure to have the correct accuracy of color, Théodore Géricault paid multiple visits to morgs and examined dead people for inspiration. That sounds a little creepy to me!

Around in the same area is the Liberty Leading The People. If you’re a fan of the band Coldplay, this painting is one of their album covers. Other than that, this art piece is massive! I know that it looks like there is so much going on in the painting, but it is based on the French revolution. That is what makes it so iconic, the detailing of each person and surrounding is just mind-blowing to look at. It shows a brave woman “Liberty” leading the French to victory over the French republic during the French Revolution. Here we go with another fun fact; Liberty, the woman in the paint inspired Frédéric Auguste Bartholdi when creating the one and only, Statue of Liberty. It all makes sense!

Up next, we take a look at the Wedding at Cana; A massive painting that also covers the wall. This paint is so big, that if you take two of them, you get the size of an apartment.The Wedding at Cana tells the story of the transformation of turning water into wine. The deal shows a lot of people; musicians, a bride and groom, and Jesus right in the middle. There is a guy examining his glass of wine since it was just water. Lastly, you see a servant holding a huge vase by pouring the wine for the people.

Here we have the Joan of Arc painting. It is a decent size for the piece of art. In the picture, Joan is standing bravely holding a flag with people behind her. It is a very powerful piece to look at. It fits great at the Louvre Museum!

Next is the Intervention of the Sabine Women painting. It looks very realistic with the roman husbands on the right and the sabine brothers on the left. It looks like they are fighting in battle. There are women and children in the picture also. The colors in the art piece are very vintage.

Before we exit the Denon Wing, let’s go see the Galare d”Appolon. It is a big room with a high ceiling with painted artwork. It looks very similar to the Sistine Chapel at the Vatican Museum (which we also talked about previously by the way). It has a pretty gold color all around too that makes the paintings pop out even more.

Other pieces of art in the Denon Wing includes:

Alright, what a great way to start off the Louvre Virtual Tour. Now it is time to head on over to the Sully Wing. I will meet you there in 3…2…1.

Here we are, the Sully Wing. This is located in the middle building of the Louvre Museum. The first piece of art that we will take a look at is the Sleeping Hermaphrodite. This is a creative life-sized sculpture of a person laying down on a bed of marble, along with no clothing and a cloth draping at the bottom of their legs. You’re probably thinking, what is the gender of the person on the sculpture? Here is the story; In Greek Mythology, the Sleeping Hermaphrodite was born a good looking male and a woman fell in love with him. The hermaphrodite’s cocky looks got the best of him and ended up rejecting her, so she requested Zues to merge her body and his body together for eternity.The end result was the Sleeping Hermaphrodite is half man half woman. Cool, but petty if you ask me!

Right in the corner is the statue of Venus De Milo. This ancient Greek statue represents the Goddess of Love & Beauty. This is another statue that stands high and mighty in the Louvre Museum. Made from marble with a body and just one half of an arm, the Venus De Milo statue was discovered on the island of Milo in Greece by a French naval officer.

The last piece of art that we will take a look at in the Sully Wing is the Great Sphinx of Tanis. This is a gigantic, brown color artifact. Usually, it is not common to be up and close to an authentic Egyptian sphinx. This Sphinx was founded in Tanis, Egypt. It was also one of the largest Sphinx they have founded. It is super interesting to look at the fact that it has a lion’s body and a human head.

Other pieces of art in the Sully Wing includes:

That is all we have for the Sully Wing! One to the next wing, let’s take this one home with our Louvre Virtual Tour!

Coming from the left side of the Louvre Museum is the Richelieu Wing! The last and final wing on our Louvre Virtual Tour. When exiting the Sully Wing and into the Richelieu Wing we come in contact with the Code of Hammurabi. It is not the most fascinating piece of art, but it is interesting for its history. One side has a carved picture of two people interacting with each other, and the other side has over 300 laws written in Akkadian language. It is a black color carve column that stands seven feet tall.

The last piece of art we will look at is on the opposite side of the wing. This is a statue called the Psyche Revived by Cupid’s Kiss. The statue looks very beautiful. Both marble, a woman named Psyche and Cupid holding each other for a kiss. The detailing of the statue looks so smooth, too. The backstory behind this statue is that Psyche stole Cupid’s heart. That is really it and typically happens to a lot of people when falling in love. 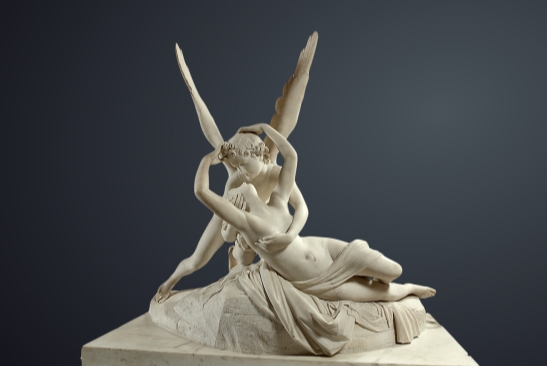 Other pieces of art in the Richelieu Wing includes:

Well, that concludes our Louvre Virtual Tour! Don’t forget, when walking out check out the Louvre Foundation walls located on the bottom level. These are the same and original walls that King Phillip II built to protect Paris from invaders. So yes, the Louvre Museum was a totally different building at one point! In 1793 is when the Louvre Museum officially opened as an actual museum.

I hope you had a great time going on this virtual tour just as much as I did! See you on our virtual tour next adventure. 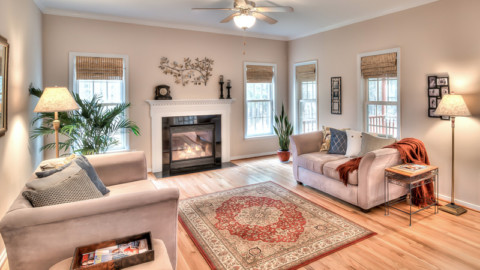 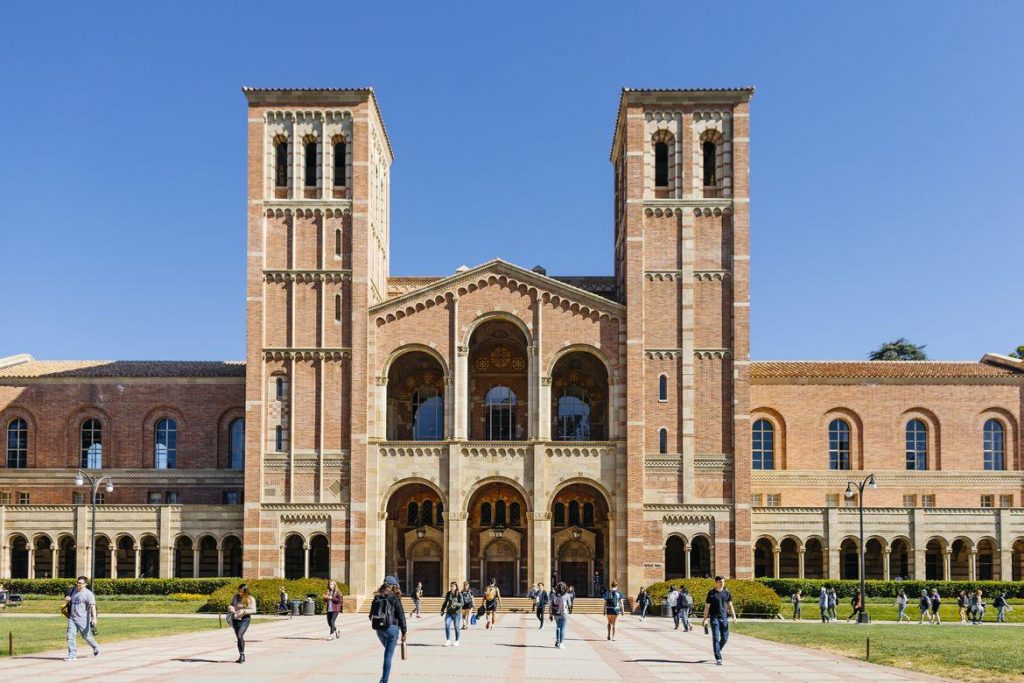